Kick off some calories while reading this article (you're gonna need it!)

There ain't no Weight Watchers at any Super Bowl watch parties. With 1/3 of American's tuning in, it comes at no surprise that Super Bowl Sunday is the second leading most fed day in America, right behind Thanksgiving (2). What is surprising is exactly how much food consumption that actually entails.

The biggest game day of the year also hosts the biggest bellies. In only 3 hours, over 100 million American's are expected to eat about 2,400 calories each . This is 400 more calories than a typical day, all consumed in a matter of one football game. That number is just an expected average. However, considering the amount of food we buy in preparation, it suggests that we should actually be eating up to 6,000 on game day (8)!

Too much eating is the leading cause of what's now called "Super Sick Monday." The subsequent day, following the Super Bowl, is nefariously known for people calling off of their scheduled shift. 17 million on average, actually (6). Drinking copious amounts of alcohol seemingly would be the perpetrator, but there is reason to suggest otherwise.  On that same Monday, antacid sales typically see a spike of 20% (2). While some people do purchase antacids to relieve a hangover, considering the expected food to be eaten in a short period of time, it seems over-eating has an overwhelmingly prominent adverse effect on our stomachs. Especially if your team loses. France did a study on American Super Bowl eating habits, in which concluded the city of the losing NFL team consumes a significant amount of food more, but on the day after the big loss (9). For them, this means: the eating never stops.

So in conclusion, is all this food a problem? Probably. The cost of productivity loss on that Monday is calculated to be around $4 billion (6). But Super Bowl party food is so dang delicious! Instead of being consumed by negative food consumption stats, chew it over with some of these buying statistics instead. 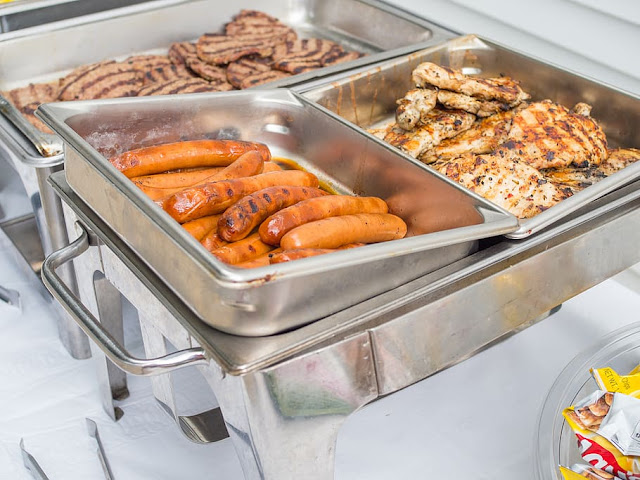 It is no contest. The top contender of food that will be bought for the big game, big far, are these meaty sandwiches. It is expected that 14 billion hamburgers are eaten on Super Bowl Sunday (3). This isn't even including vegetarian options.

The second leading food that is eaten are chicken wings. 1.33 billion wings are eaten annually for the Super Bowl (4). That is over 700 million chickens for the 100 million people watching (5). If we wanted measure this number by its weight, it is 166.25 million pounds of chicken wings. Chickens bought equate to more than 300 times the combined weight of all 32 NFL players (4)!

Although it is more than likely bacon acts as an ingredient among the dishes offered on Super Bowl Sunday, it still is one of the most notably purchased grocery goods for it. 12.5 million pounds of bacon will be eaten (2).

People must be eating every meat in sight because ribs are up there as well. 10 million pounds of ribs are grilled across the nation on this day (8). 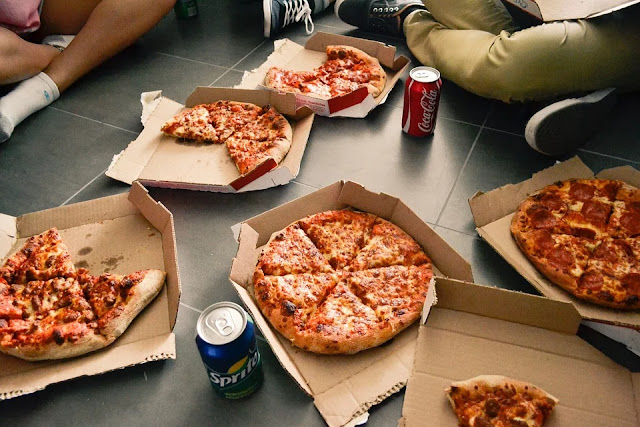 Deli trays just wouldn't be complete without this staple. Over 88 million pounds of cheese is to be consumed during the Super Bowl (8).

12.5 million pizzas are to be bought during the Super Bowl (1). This number is probably much larger when grocery store bought pizza is taken into consideration.

To wash this all down, soda sales are at a whopping 2 million cans drunk for the day. That is 187,500 gallons, if you were wondering.

Speaking of drunk, it seems as though there are a significant amount more beer drinkers than soda pop drinkers. 50 million cases of beer are to be sold in preparation for game day (8). Whether or not it is a good statistic that there are more beer than soda drinkers is unknown. 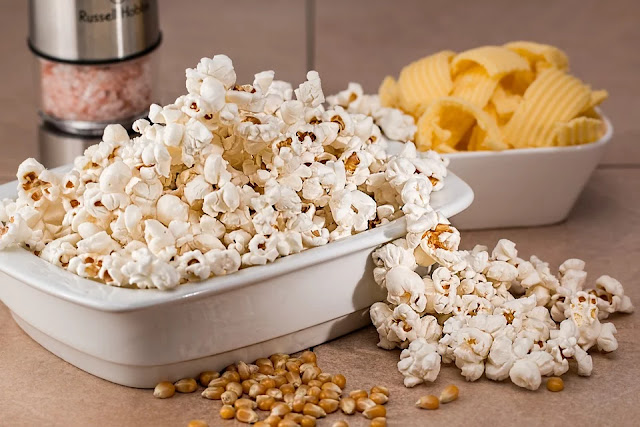 What is nuts is the amount of nuts we have for the Super Bowl. 2.5 million pounds of nuts are eaten during (8). That's a whole lot of tiny, little snacks.

An unknown fact is that popcorn is probably the healthiest snack you can eat. So it's really no big deal that we eat 8 million pounds of it collectively during the game, right (7)?

Don't get it twisted - or maybe do (you will anyway). 4 million pounds of these salty snacks are mangled by the time the game is over (8).

The loud sound of crunching that drowns out the television noise does not seem to be a deterrent for chips in general. 11.2 million potato, and 8.2 million tortilla chips will be eaten (2).

7. Messenger, S. (2010). By the numbers: Super Bowl facts and figures. Retrieved from https://www.treehugger.com/culture/by-the-numbers-super-bowl-facts-and-figures.html

8. Sacca, P. (2019). The ridiculous amount of food and calories you'll eat at your Super Bowl party will take you weeks to recover. Retrieved from  https://brobible.com/culture/article/super-bowl-party-food-calories/

Popular posts from this blog

Can Bamboo Skewers Go In The Oven? 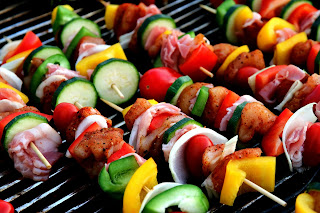 Can Bamboo Skewers Go in the Oven? When your intending to use wooden or bamboo skewers on the grill or in the oven, it's recommended to soak them in water. This will keep your skewers from burning to a crisp. You will at least want to soak them for 30 minutes, this will do a decent job at keeping your skewers intact during the cooking process. If possible though, for best results, you may want to soak your skewers overnight. It can take awhile for the skewers to absorb any water, so overnight will yield the best results. Alternatively, if you want to add some flavor to your kebabs or other foods you intend to grill, you can consider soaking your skewers in juice. This will add a little more flavor over going the traditional water soak method.   If you need to buy skewers in bulk for your barbecue you can check out our store here.
Read more 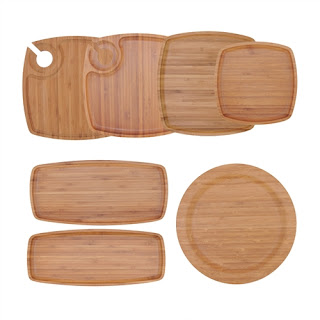 Are Bamboo Plates Microwave Safe?  No, microwaving your wooden or bamboo plates could cause them to dry out, and shorten the lifespan of your product. Some customers of ours have claimed there products are fine when microwaving them, but we really would not recommend it!  Check out our wide selection of bamboo plates!
Read more

Why Use Bamboo Utensils 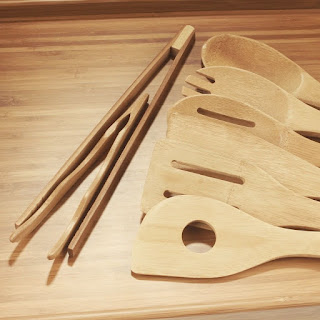 Why Use Bamboo Utensils Have you ever wondered what the benefits of bamboo utensils are? You’re not alone. As consumers around the world have been growing more eco-conscious about the environmental impact of using things made out of plastic, naturally renewable products such as bamboo utensils have been growing in popularity. What Are the Benefits of Bamboo Utensils? 1. Environmentally Friendly  The first benefit of bamboo utensils is the environmental benefits of bamboo. Bamboo is a highly renewable extremely fast-growing natural material. This makes it ideal for utensils and other cooking equipment, since it can be so easily produced without even killing the plant. It is also biodegradable which makes it great for disposable utensil sets.  2. Strong and Durable Utensils  The second awesome benefit of bamboo utensils, is that they are strong and durable. Bamboo is much stronger than traditional woods while also being lightweight. This makes them ideal for camping, travel
Read more